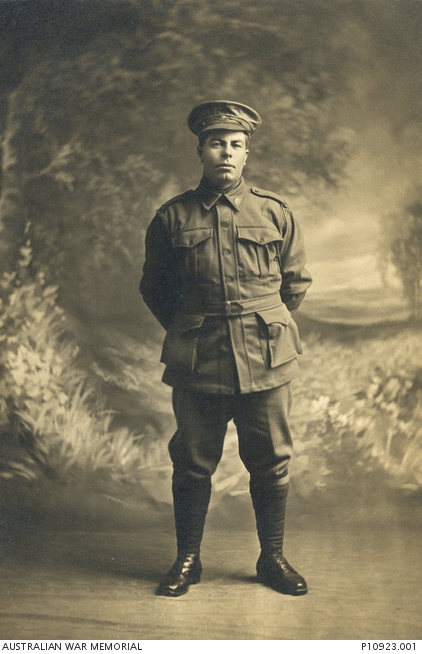 Personal Details:  Magnus was born on the 10th March 1887 at Exeter, South Australia to Magnus and Minnie Christiana (nee Symonds). He was one of nine children. He was a employed as a Stock Rider at Millers Creek Station.

Enlistment Details:  He enlisted in Adelaide on the 12th May 1916 and he embarked from Adelaide on the HMAT ‘Ballarat” on the 12th of August and arrived in Devonport on the 30th September 1916. He was taken on strength into the 43rd Battalion on the 28th October and proceeded overseas on the 25th November. He was admitted to the 2nd Australian Casualty Clearing Station on the 20th February 1917 with a gunshot wound to the thigh he was then transferred firstly to the 3rd Canadian General Hospital on the 22nd February and then on the 3rd of March to the No.7 Convalescent Depot in Boulogne, where he remained until 9th March when he was marched in at Etaples. On the 10th of March he was sent to Segregation Camp until he rejoined his unit on the 16th April. He spent another week in hospital with diahorrea before rejoining his unit on the 13 May. On the 15th July he was promoted to Lance Corporal. On the 31st July 1917, during the Battle of the Warneton Line, he was killed in action by, according to one source, a shot to the heart, and by another source a shot to the head, on the eastern slope of the Messines Ridge.

Interesting Material: Reference to segregation camps in WWI military records almost invariably means that the soldier or soldiers concerned had had contact with some contagious disease, - measles for example. Sometimes this was applied to solitary men arriving back in France from UK home leave, when it was discovered that the man had visited an area where there was an outbreak of some notifyable disease. On other occasions whole Battalions or even Brigades were "segregated" if cases of disease were discovered amongst men of the unit, - this is a fairly common thing to find in unit war diaries when the men have just completed a sea voyage and have been cooped-up together with contagious men.

"Segregation" camps were sometimes used for other purposes though, - for
example a camp was constructed at Le Clipon, near Dunkirk, for the exclusive
use of the British 1st Infantry Division between July and October 1917.
Nothing to do with disease or discipline - the camp's name, "Hush Town",
gives a not too difficult clue as to its purpose.  Tom Tulloch-Marshall Great War Historian