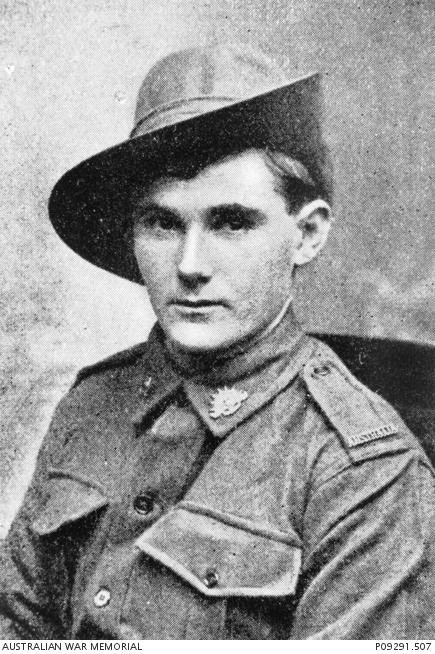 Personal Details: Murdock William Cameron was 21 and 5 months when he enlisted. He was born in Port Lincoln, attended Talia Public School and was living near Streaky Bay at Witera Station on the West Coast of South Australia and worked as a farrier. Neither of Murdoch’s parents were alive when he enlisted, his brother Adam Alexander Cameron was listed as next of kin, he also had two sisters.

Enlistment Details: Murdock enlisted on the 17th of August 1915
Details about his role in the War: Murdock embarked the HMAT A68 “Anchises” in Adelaide on the 30th of March 1916, headed for Egypt. From there he sailed on the HMAT “Franconia” to Plymouth (UK), disembarking on the 16th of June 1916. On the 17th of July 1916 he was admonished for failing to keep his rifle clean. After three months in the UK, Cameron then headed to France where he became sick with the Influenza and was hospitalized. On the 30th of December 1916 he was sent back to England via the “St. Patrick” whilst still ill, upon arrival he was admitted to the Colchester General Hospital for influenza. Murdoch went absent without leave over the 20th and 21st of May 1917, he was admonished and forfeited 2 days’ pay. On the 1st of October 1917 he was wounded in action, shot in both thighs, which he was admitted to the 1st Southern Birmingham General Hospital for. After recovering that that injury, he was then struck down again, this time with a slight gunshot wound to the nose, he spent 3 days in the Woking military hospital from the 4th to the 6th of July 1918. On the 23th of July 1918, Murdoch was admonished by Major C.H Howard for going absent without leave in London from 10:30 am 20//7/18 – 2pm 22/7/18, he also was awarded 3 days’ pay forfeited. During August 1918 he was hospitalized for 10 days, suffering from Influenza. From mid-December to January, he spent another stint of 35 days in hospital in the Fovant Military Hospital for pleurisy or broncho pneumonia. Murdock William Cameron died of pleurisy on the 6th of April 1919.
Age of Death: 25
Memorial Details: Murdock William Cameron is buried in the Sutton Veny (St John) Church Yard.