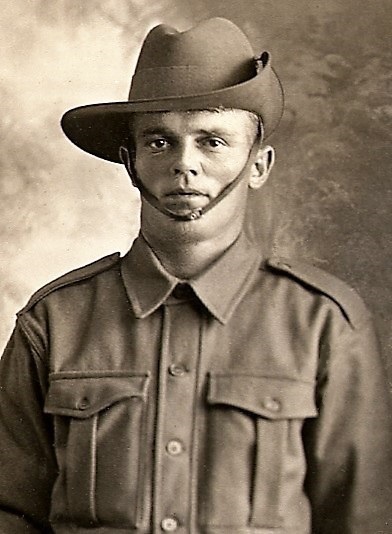 Personal Details: Robert James Turner was born on the 25th of May 1889 at Mount Torrens, South Australia. He was the youngest child of William and Maria Turner. He was married to Ellen Agnes Turner when he enlisted, and they were living at Edilillie near Port Lincoln. They had no children. He listed his occupation as Blacksmith.

Enlistment Details: He enlisted on the 31st January 1916 and was posted to the 15th Reinforcements of the 10th Battalion at the age of 26.

Details about his role in War: Robert embarked from Adelaide on the 9th of March 1916 on the “Mongolia” and arrived in Egypt between March and May.

Robert left Egypt aboard the Huntspill on the 7th June 1916 and disembarked at Marseilles 7 days later. He was sent to hospital in Etaples with a fever and bronchitis on the 19th July and discharged a week later.

On the 13th of August, Robert was taken on strength and joined the 50th Battalion. He was involved in the battle of Mouquet Farm at Wire Trench on the front line.

On the 15th of November, Robert was evacuated sick with rheumatism and spent time in the 12th General Hospital at Rouen. He was discharged on the 22nd and was sent back to Etaples for base duties until the 10th January 1917 when he re-joined the 50th Battalion in the field.

Image from the Virtual War Memorial of Australia