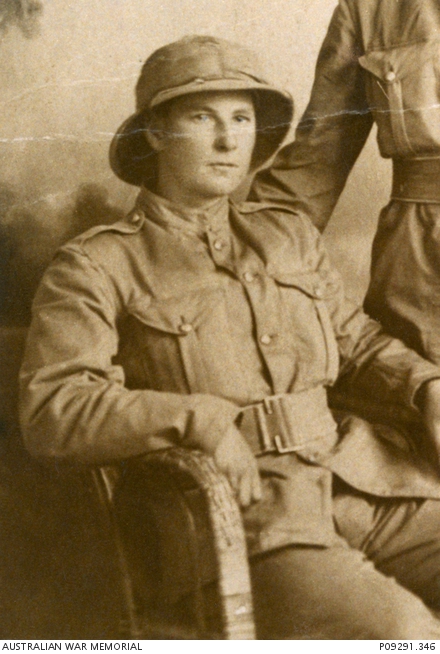 Henry Murray McGough grew up in the small town of Blumberg, South Australia, which is now known as Birdwood. Here he worked as a blacksmith and belonged to the Blumberg Rifle Club. He was 5'8" tall and weighed 154 lbs. He had a fair complexion, blue eyes and fair hair. Henry was only 19 years and 5 months old when he enlisted in the AIF on the 10th Febuary 1915, almost 10 months earlier than his brother Walter. He was not married and was a Roman Catholic. He embarked from Adelaide on the 20th April 1915 aboard the HMAT "Hororata".

Henry was originally a member of the 5th Reinforcement of the 10th Battalion to which he was taken on strength on the 8th July 1915 on the Gallipoli Peninsula. He stayed there until the evacuation in December of that year when the AIF returned to Egypt. After the reorganisation of the AIF, he was transferred to the 50th Battalion on the 27th Febuary, 1916. In June of that year he was taken to France and proceeded to the Western Front. On the 4th September, he was killed in action during the fighting for Mouquet Farm. He was buried near there but like so many of his comrades who were killed in that part of the battlefield, his grave was never recovered and he is one of the 10770 Australian soldiers killed in France who have no known grave and who are commemorated on the walls of the Australian National Memorial at Villers-Brettoneux.