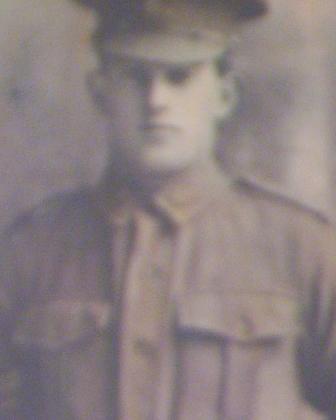 Personal Details: Francis Michael Brennand was born in late 1894 in Maringa Creek, Victoria, near Lakes Entrance. His father was John William Brennand and we also know that he had a sister, Martha, and a brother, George. He was a labourer and attended Lakes Entrance School. He enlisted on the 22nd July, 1915 and he was 5' 7 1/2" tall, with a medium complexion, dark blue eyes and black hair, and he weighed 11 stone.

Military Service: After enlisting, Francis embarked Melbourne aboard the "Moldavia" on the 5th October 1915. He was transferred from the 21st battalion to the 7th Battalion on the 24th February, 1916 and then was transferred to the 2nd Brigade Light Trench Mortar Battery on the 20th April. He was made a temporary Corporal on the 23rd August, 1916 and this became a permanent promotion on the 4th September. He was wounded in action on the 10th February 1917 and died of these wounds the following day.