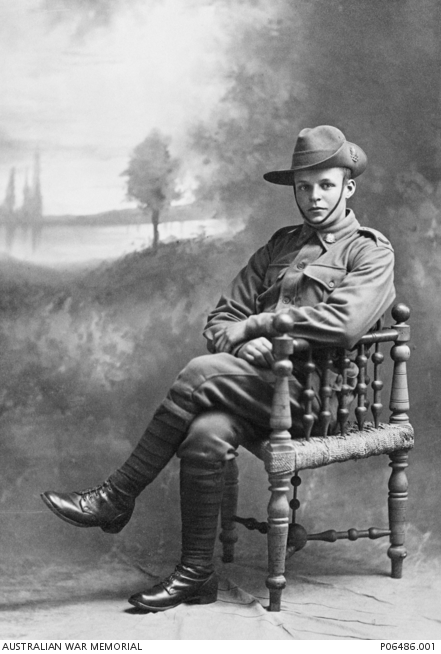 Personal Details: Edward Blackman was born in Smithfield, South Australia, on October 14th, 1898. His parents had both died by the time he enlisted and his eldest brother, Thomas, signed the consent required as he was only just 18 at the time. He was a cleaner with the South Australian Railways and had started to serve in the Senior Cadets. He enlisted on the 5th February, 1917 and was 5' 3 1/4" tall, had a fresh complexion, blue eyes and light brown hair. He weighed 114 lbs (about 52kgs); he had been previously rejected by the army due to his physique.

Military Service: Edward embarked Adelaide aboard the "Borda" on the 23rd of June 1917, and arrived in Plymouth on 25th August. He trained at Hurdcott and Codford before being sent to France on the 29th January, 1918, and was taken on strength by the 48th Battalion on the 5th February, exactly one year after enlisting.

He served with this unit for the next 2 months before being killed in action on the 5th April at Dernancourt. It was on this day that the 48th Battalion played a crucial role in helping the 4th Division to hold back a German advance during the Spring Offensive.